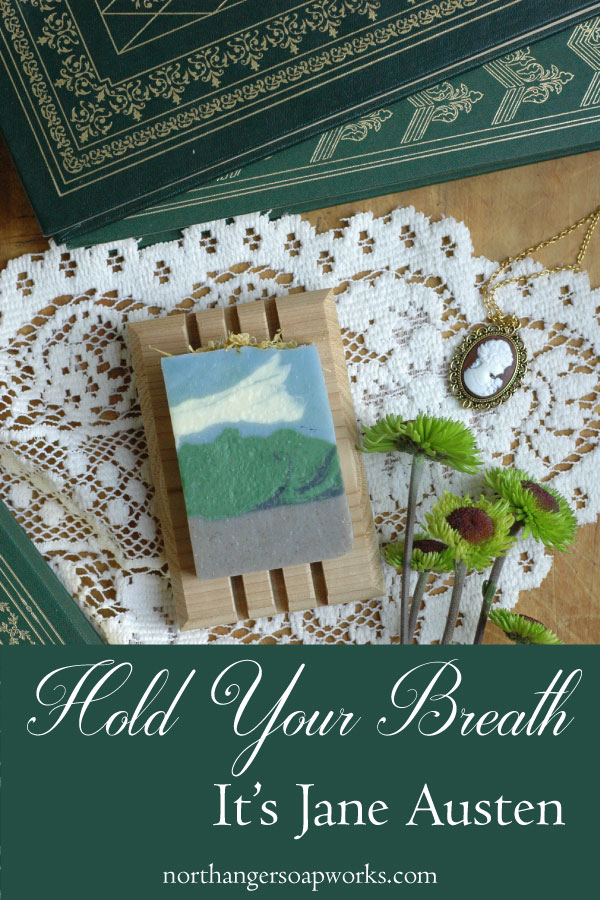 What did it smell like at the Netherfield Ball? Would our modern noses be horrified if we took one step into the ballroom? I am no historian expert or regency novelist with years of research under her belt. And yet I, an ignorant yet enthusiastic Janeite soapmaker, dared to undertake the thought experiment: who smells the worst in Jane Austen?

My first thought was for the scoundrels. Wickham ought to smell the worst, because he’s the worst fellow. And yet, for all Elizabeth’s eventual dislike, I cannot imagine that is the case. He probably smelled even better than Darcy since he had to keep the ladies smiling. And I suppose scoundrels must all smell amazing, like their namesake soap.

Ah, perhaps it’s the person who has the fewest dresses? Because, given they’d need to wear them more often, they’d get more soiled before washing day, right? That would NOT be Emma then, who wore at least 40 different outfits in the 1995 adaptation (I counted Gwyneth Paltrow’s Emma outfits when I was a teenager). But even if it was someone like Miss Bates who had the least outfits, I cannot imagine her allowing her dresses to be anything less then meticulously cared for, whether her dresses numbered three or twenty. And so I must seek another notion of who might smell.

Oh but there was one place in particular that smelled terrible, and two of our dear heroines, Anne and Catherine, lived very near it. It is the waters of Bath, of course! But who spent the most time bathing in the sulfuric water? Mrs. Smith, Anne Elliot’s friend, was said to have frequented the hot baths. Could it be her? But, as she had a nurse to take care of her, I must assume she was kept adequately clean. I suppose it must yet be another, but indeed, I am nervous even at the very idea of saying so.

There is really only one person left. The person who tended to get the dirtiest, caring nothing for where she might step or how long she stayed outdoors wandering about. Yes, indeed, Miss Elizabeth Bennet is guilty of much more than a muddy petticoat, but in retrospect, I begin to wonder if perhaps it was something more than mud that wrinkled the noses of the Bingley sisters. Perhaps–just perhaps–our obstinate headstrong girl truly stank.